Muralist Jonas Never has completed his latest public art installation in Venice, a mural featuring Arnold Schwarzenegger, which can now be seen on the side of the Thermolife building at 1809 Ocean Front Walk. 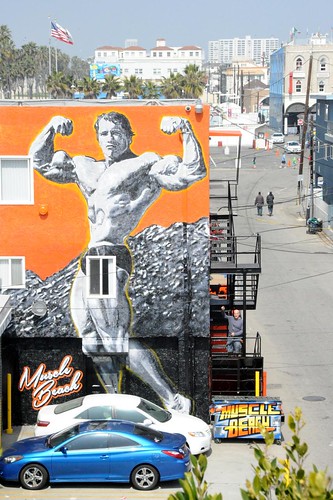 Venetian Ron Kramer, the CEO of Thermolife, said that the new mural represents the “American Dream”: Schwarzenegger immigrated to this country with “just his speedos” and ended up in Venice at Gold’s Gym and Muscle Beach. Schwarzenegger worked hard and won the Mr. Universe title at 20 and went on to win the Mr. Olympia contest seven times. He went on to become an “A-list” actor, producer and director. He succeeded as a businessman and was the Governor of California for two terms. “This is a tribute to the man and to the dream” Kramer said. 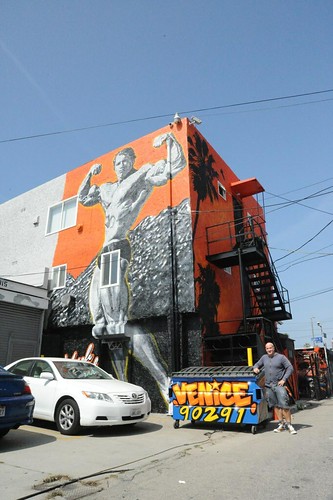 The new mural is on the South facing wall of the building that also features Rip Cronk’s portrait of singer Jim Morrison facing north, adjacent to the current “Muscle Beach” facilities. Never is best known in Venice for his “Touch of Venice” mural on Windward, which is (coincidentally) on the wall opposite of the Cronk piece “Venice Reconstituted”. 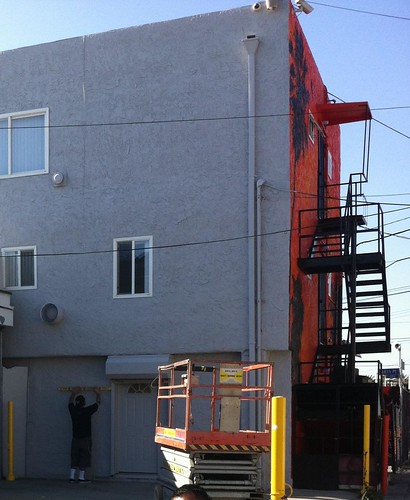 Muralist Never sketching out the mural earlier this month. 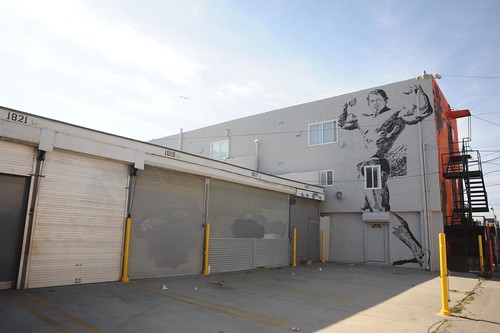 Kramer and Never had a crew document the “making of the mural”, a “time lapse” video will be featured here when it is completed!