From Paul Chavez at Venice Dispatch:

Sixth- and seventh-graders may be coming to Venice High School this fall as part of a school district pilot program and a popular Chinese-language study program has been slated to leave Broadway Elementary School in Venice’s Oakwood section, officials said Tuesday at a local education committee meeting. 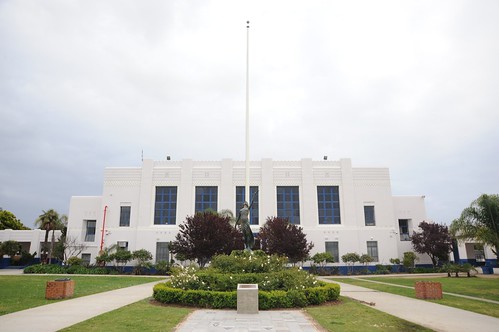 The Venice Neighborhood Council’s Education Committee at its meeting heard from about 15 concerned parents and instructors who spoke about the looming changes at the two schools.

The Los Angeles Unifed School District’s Board of Education was expected to vote next Tuesday on the The Incubator School pilot project that will launch at a Westside campus next fall with 6th- and 7th-grade classes, said Sujatta Bhatt, an English teacher for 11 years at Grand View Elementary School in Mar Vista who is the lead designer of the pilot school project. The program would add a grade each year until it’s a 6th-grade through 12th-grade program.

The Incubator School already has been approved by the school district’s Pilot School Committee. The Incubator School in a Tuesday night posting on Facebook urged supporters to contact recently re-elected LAUSD District 4 board member Steve Zimmer and request his support for the project.

The message to supporters said The Incubator School will most likely be located on the Venice High School campus, but the location was still under negotiation and subject to change.

Click here to continue reading this article, there is a lot more!