Witnesses report that a white Ford pickup truck struck a bicyclist near Brooks and Lincoln and then ran into the side of Wurstküche (623 Lincoln) during a police pursuit that began at approximately 8:30 this evening near Lincoln and Washington. 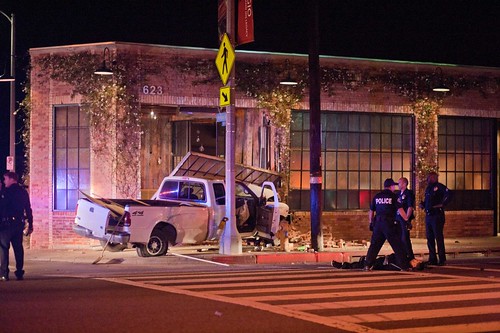 The driver after being pulled from the vehicle. Picture by Ty A.

Update #2: West LA Traffic Division says that because there were 2 separate collisions during the officer involved pursuit, Lincoln might remain closed until 8am – that is why the news helicopter is overhead at 5:15 am.

Update: a neighbor said that the truck ran through the red light at Brooks without slowing down, striking the cyclist. The cyclist was conscious and breathing when taken away by an ambulance, but badly hurt. The suspect was also taken to a local hospital with injuries but expected to survive. An officer noted that it was too early in the investigation to give more details, but did not believe that the incident was gang related at this point in time.

Reader Ty says “We saw someone dragged from the vehicle who is lying in the street. He was not moving and didn’t appear to be alive. I live a few doors up Vernon and the impact was so loud that I thought someone ran into my house. 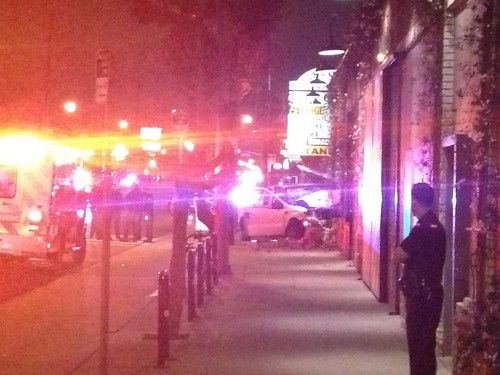 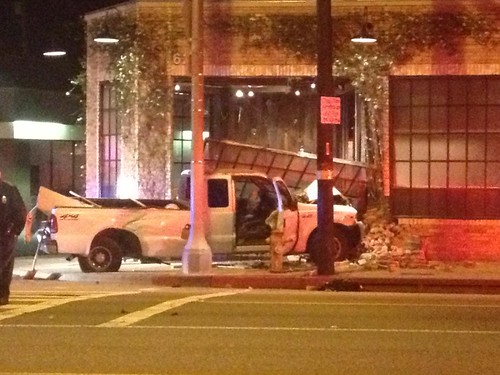 More info when we get it …