After years of working in sales and surfing on the side, David Boren is making a go at the surf business and opening VB Surf tomorrow afternoon at 38 Washington Blvd. 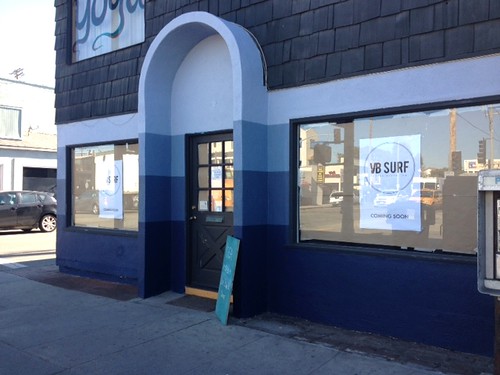 Boren, a Venice resident since 1987, says the shop will feature both short and long boards as well as paddleboards for sale and for rent. Paddleboard (SUP) renters will be taken on trips to Mother’s Beach in Marina del Rey rather than the surf near the Venice Pier. Instructors will be available for safety instruction.

About a quarter of the store’s sales space will be stocked with mainstream manufacturer gear, the rest will be dedicated to local wares including hand shaped boards, hand made jewelry and locally made clothing. Local artists will be featured on the walls and holders of local ID’s will receive a discount.

Featured board makers will include Guy Okazaki, Tyler Hatzikian Longboards from El Segundo, Joe Bauguess (Creator of the “Mini Simmons”) and “JP” boards (made in Venice by Jaime Perez).

While the “soft launch” will happen this weekend, Boren said that the store will be fully stocked as orders are filled and new product is released by mid-February to the beginning of March.