A man described as approximately 45 years old beat up another man described as “25-ish” just past 10pm near the bus bench in front of the new headquarters for Producer Joel Silver’s “Silver Pictures” at 1601 Main. LAPD responded with patrol units and a helicopter. 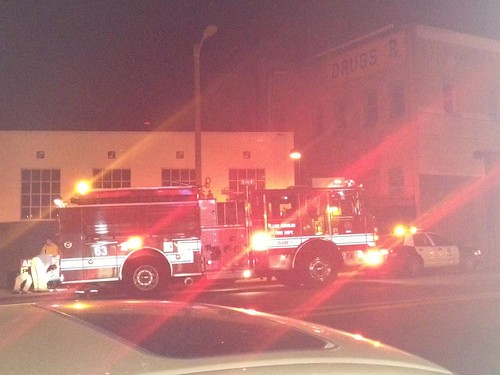 The victim was unconscious but breathing when police responded. A witness said the victim “looked dead”, but was receiving medical attention for lacerations to the head.

The attacker ran from the scene but was then seen at Muni’s liquor on Pacific, bloody and shirtless. The attacker then ran towards the beach where police arrested him at 25th and Ocean Front Walk. The man had lacerations to his hands and an ambulance was also called for him.

More info when we get it.