In conjunction with their current exhibition “For the Martian Chronicles“, L&M Arts will present “The Bartzabel Working”, a performance by filmmaker and artist Brian Butler, on Tuesday, December 4, from 8:30 – 11:30 PM. 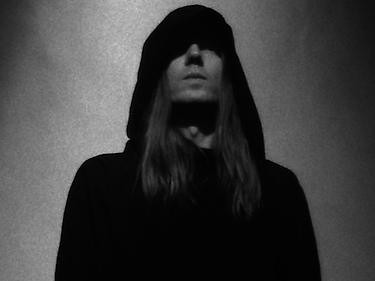 Based on a ceremonial evocation of the spirit of Mars, first written and performed in London in 1910 by the famed British occultist Aleister Crowley, the ritual later became part of Los Angeles history in 1946 when Jet Propulsion Laboratory rocket scientist and Crowley protégé Jack Parsons conducted his own version of this rite, with the intention of placing a martial curse on a pre-scientology L. Ron Hubbard.

For his reinterpretation of this historical performance, Butler will conjure Bartzabel, the spirit of Mars, evoking the site that was once home to the late sci-fi author Ray Bradbury and currently comprises L&M Arts. The ritual will have Butler as Chief Magus, leading a cast drawn from his upcoming feature film King Death and featuring Henry Hopper as Assistant Magus, Noot Seear as Magus Adjuvant, and James Franco as Material Basis, the vessel though which the spirit of Mars manifests.

The performance will take place on Tuesday, December 4th at 8:30pm, followed by a reception with tunes courtesy of DJ artist Eddie Ruscha and a choreographed performance by artist Nana Ghana and Future Eyes.

Brian Butler is a Los Angeles based artist, filmmaker and musician. His interests and practices with the occult, with its often hidden meanings, function as the underlying narrative of his work. He recently mounted a solo exhibition in Los Angeles at LAXART and a performance in collaboration with Kenneth Anger at the Museum of Contemporary Art (MOCA). His work has been presented internationally at venues including Galeria Zé dos Bois, Lisbon, Portugal; Today’s Art Museum, Beijing; and The 2nd Athens Biennale. For more information, click here.

For The Martian Chronicles runs through January 5, 2013 at L&M Arts. The exhibition, curated by Yael Lipschutz, honors the work of sci-fi enthusiast Ray Bradbury, writer of the celebrated book The Martian Chronicles(1950). It explores the aesthetics of outer space, technology, and the influence of science fiction in modern culture and art.