Earlier today the LAPD Pacific Division apprehended the bio-hazard waste dumping RV dwellers that had remained at large with a warrant for their arrests since mid- September. Both residents of the RV that dumped at Fleet & Pacific Ave in Venice are currently in custody.

Last Friday night local residents familiar with the couple and their RV spotted the vehicle parked on Venice Blvd.  With knowledge that there were outstanding warrants for the couple related to the Fleet & Pacific dumping, the residents called LAPD. The vehicle started to move, and the residents observed a large volume of liquid draining from the waste pipes of the RV. The vehicle was followed until LAPD arrived, but the incident resulted in no arrests.

While there were warrants issued for the couple as a result of the initial dumping, a number of factors related to information in the warrants from the City Attorney and other factors during the traffic stop led to some confusion, and the couple was let go.

This contradicted information the residents had on these individuals, and immediate feedback to LAPD and the City Attorney clarified the details in the system, and the warrants were confirmed and the couple was immediately apprehended.

This highlights one of the challenges when arrest warrants are issued for individuals living in their vehicles. There is not a formal or proper residence such as a typical home or registered drivers license address for the police to serve an arrest warrant for those charged with a crime. In this instance the perpetrators residence is a moving vehicle, complicating the normal course of due process. The vehicle has been impounded, and the couple is being processed with bail to be set and a court date for multiple charges stemming from the initial dumping incident.

As a sad and complicated note, there is a young child involved. The decision of the parent, and the couple to illegally dump the waste from their RV, which serves as their home, has compromised their living situation and the welfare of the child. The Pacific Division of LAPD which is handling this case has made special note in providing a number of outreach services to the couple to make sure the needs and welfare of the child are given the utmost priority.

Details on the arrests are expected shortly, and a full accounting of what led to the couple not being charged when stopped last Friday night is expected in the coming weeks. It has been stated at numerous community meetings on RV dweller issues that it is going to take time, patience and cooperation between the residents and law enforcement to make sure these issues are handled in a way that results in positive improvements in the community. Controversy erupted when the couple was not arrested from the initial traffic stop, which included speculation of the integrity of the citizens who reported seeing the couple and the additional dumping.  In this instance, the residents who are active members of the community and the Yo!Venice forums persisted through the proper channels, which resulted in the arrests of those who were caught dumping excessive amounts of bio-hazardous waste in the streets of Venice. They now will be brought to justice.

Earlier this week Los Angeles County’s public health director said that almost half of restaurants and bars were not following...

What is the deal with the row of tents outside the West Los Angeles Veterans Affairs campus? Learn more in...

County Directs Closures of Beaches During 4th of July Weekend 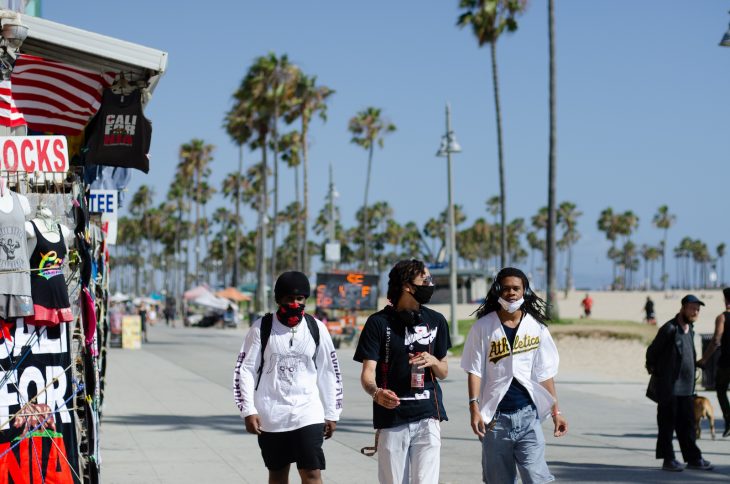 Part 1 recap of the June 16 Venice Neighborhood Council Meeting By Angela McGregor The June 16th meeting of the...

By Staff Writer Venice Family Clinic has announced that it is resuming in-person appointments for routine health care after relying... 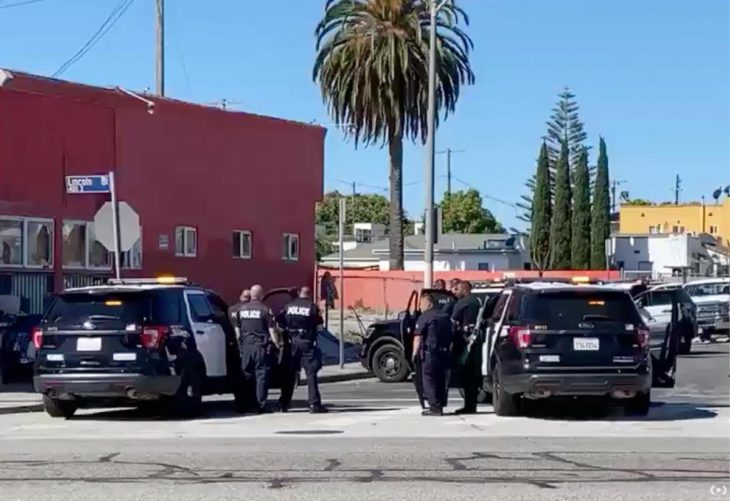 By Toi Creel Two people were arrested in separate SWAT team standoffs in the Venice-area Tuesday. According to LAPD, at...

By Toi Creel The Lincoln Apartments, a 40-unit supportive housing project proposed in Venice, has full support from the City...

Suspect at Large Who Shot at Police in Venice

Officer shot at on May 31 on Lincoln Boulevard By Sam Catanzaro Los Angeles Police are searching for a vehicle...

Subscribe to our newsletter to receive the latest news and events in Venice and the surrounding areas!

Tips from LA Animal Services for keeping your pets safe during the summer heat in this video brought to you...

County Directs Closures of Beaches During 4th of July Weekend