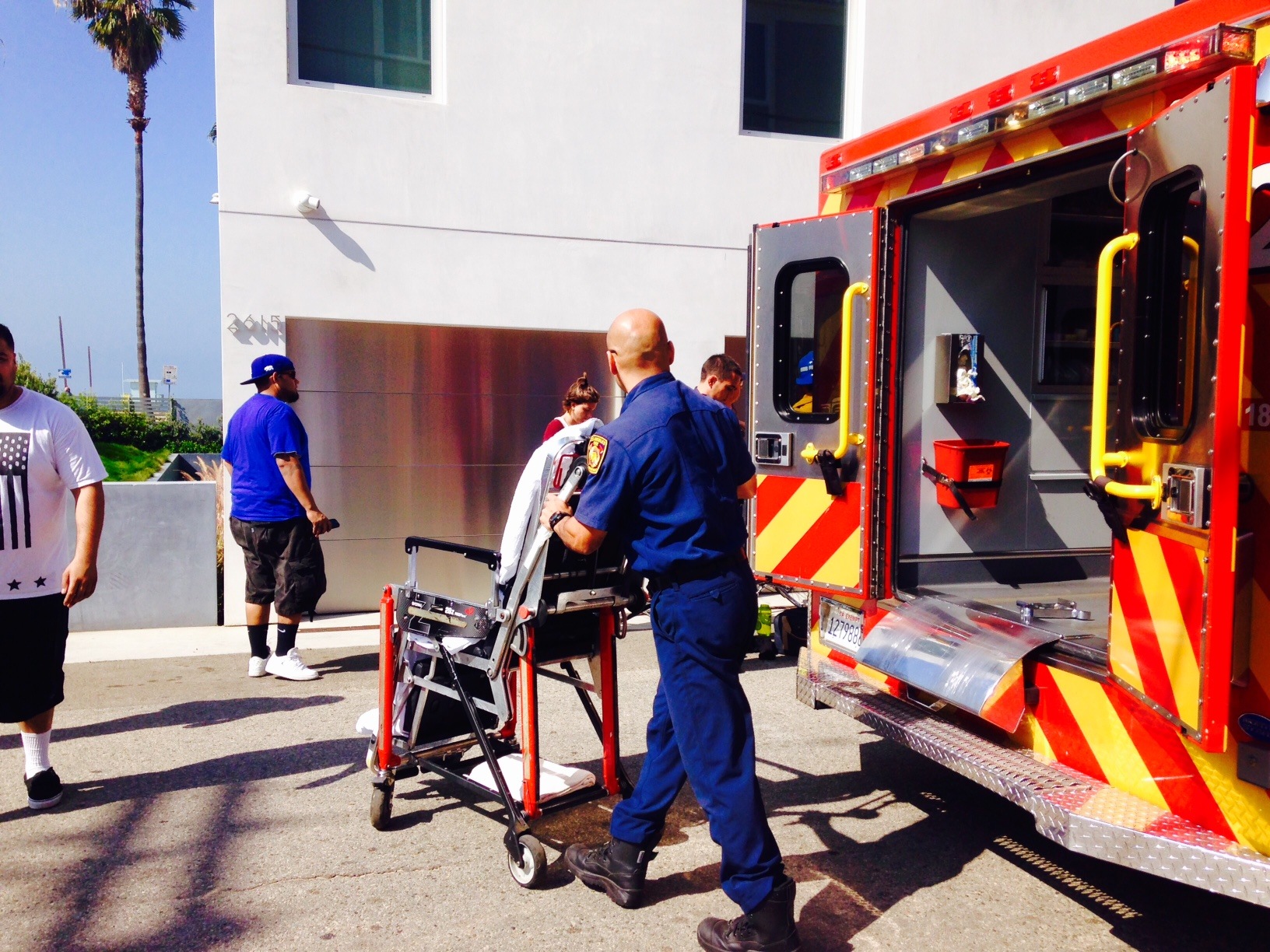 Police have now taken into custody the man wanted in connection to 3 incidences of hit and run that happened this morning at around 10:30am on Speedway in Venice.

The first victim, Eddie Fragoso, 24, was riding to the beach with friends, he was crossing the intersection at Speedway and Washington when the Honda clipped the back tire of his bike.

Witnesses dining at Mercedes on Washington said the driver of  a red Honda CR-V “did not even hit the breaks he just sped on off up Speedway.”

Both the second and third victims have both been taken to Emergency.

Fragoso escaped with a few scratches.